With Windows 11, the user interface is mainly changed: it is all become a bit fresher, more modern, more efficient and clearer. The changes are not very drastic, so Windows 11 is feeling familiar to the most Windows 10 users. To get an idea I show some screenshots. Microsoft’s flashy introductory video is also worth checking out!

The new user interface in particular stands out, windows have rounded window corners and many icons have been given a new look. The start menu has been simplified (it doesn’t even have live tiles anymore!), made it floating and quite surprisingly moved to the center of the taskbar! The account-related settings can be found at the bottom left of the start menu, and the On/Off button at the bottom right. If desired, shortcuts to the personal folders can be added to the left of this Power button. 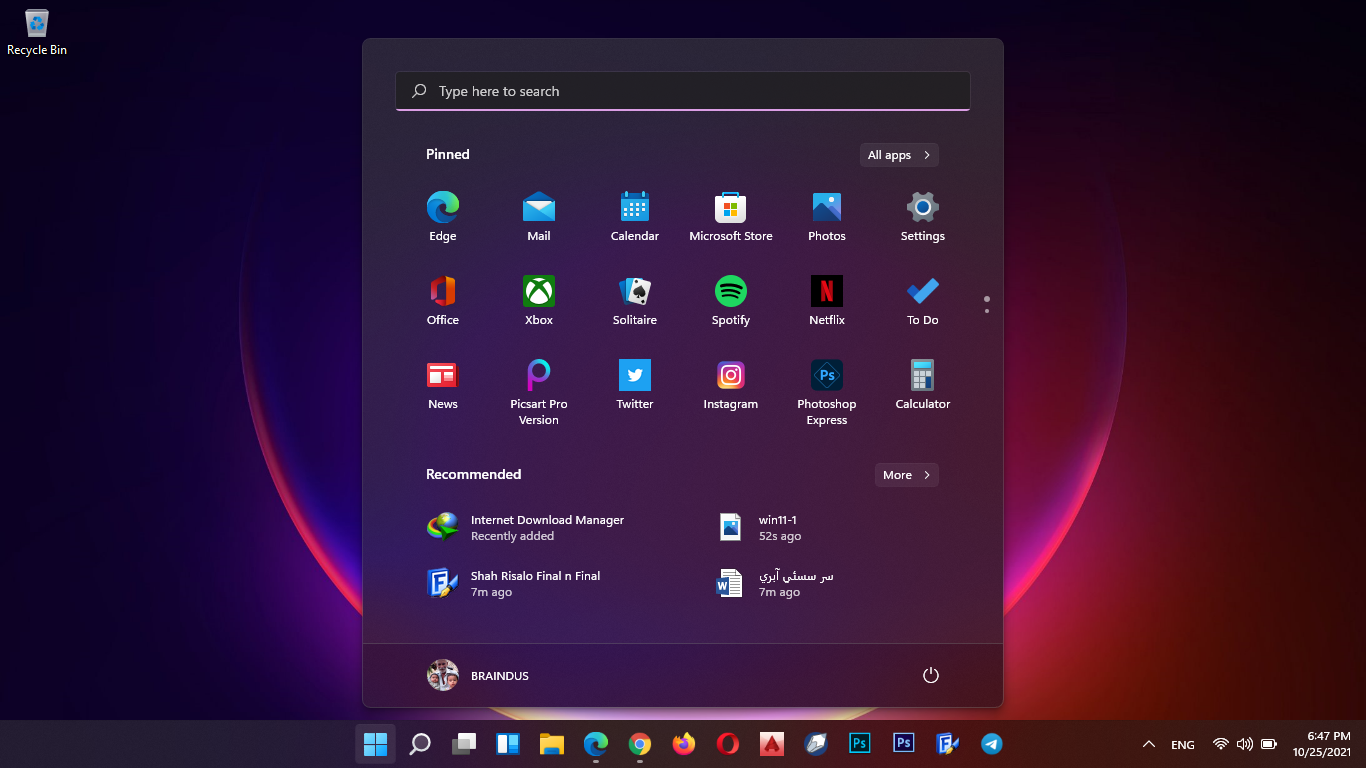 The Task View button now displays a pop-up window with thumbnails of the open desktops (the timeline is no longer available), so it is now faster to switch between the different virtual desktops. In addition, each desktop can be set to its own desktop background and these settings will be retained when Windows restarts! 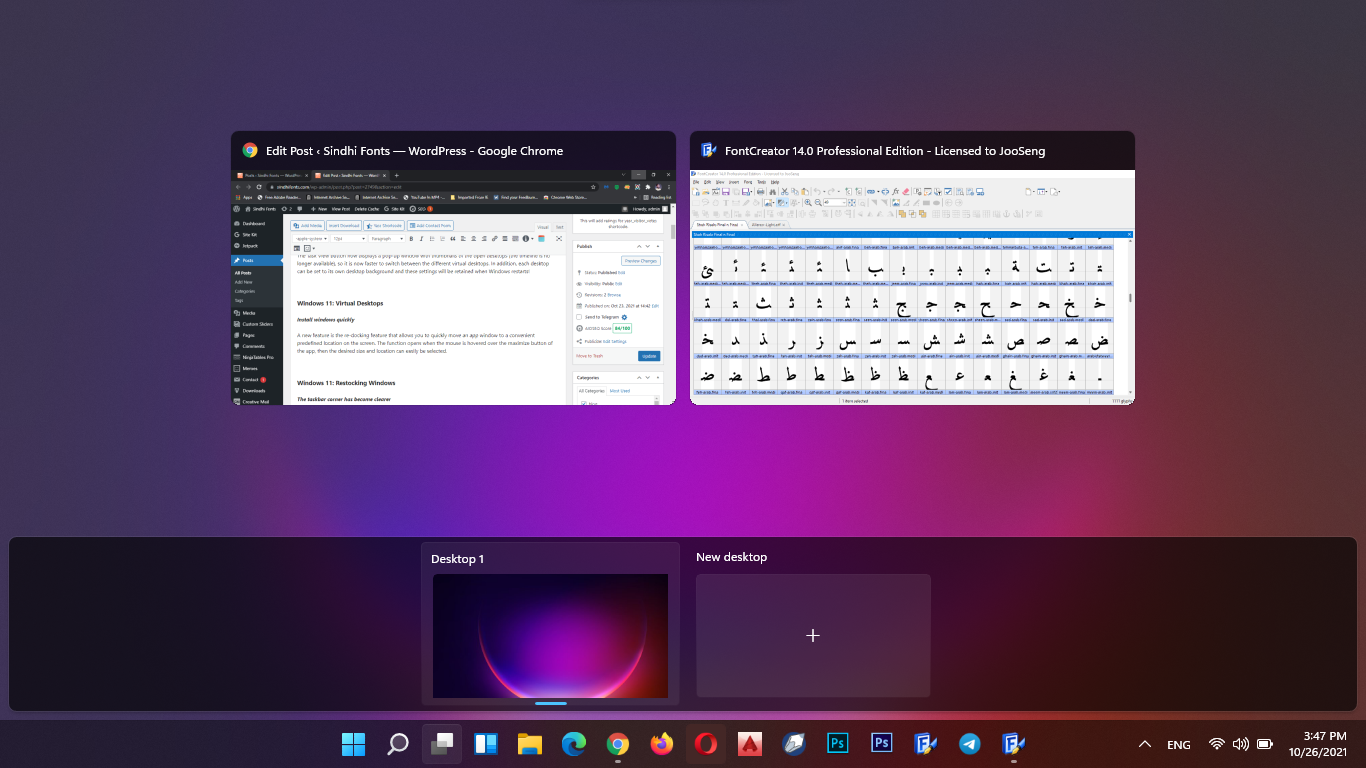 A new feature is the re-docking feature that allows you to quickly move an app window to a convenient predefined location on the screen. The function opens when the mouse is hovered over the maximize button of the app, then the desired size and location can easily be selected. 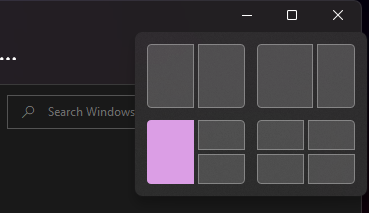 The taskbar corner has become clearer

Work has also been done on the clarity of the taskbar corner. The former Action Center is split into two panes. The first window (to be opened with a click on the date) shows the agenda and (system) messages.

The second window contains an overview of settings related to the (wireless) network adapter, sound, battery and other settings that were previously available in the action center. This window can be opened by clicking on one of the three corresponding icons in the taskbar corner.

The new widget window can be arranged as you see fit with so-called widgets. Many useful functions and resources can be added with these widgets. This window builds on the News and Interests feature recently added to Windows 10. Widgets for the news, weather, stock prices, traffic and sports results have been added by default, but of course much more is possible.

The new menu bar, new icons and extra white space between folders and files have given Windows Explorer a more modern look. It may be reassuring for the experienced user that the compact mode (with the familiar line spacing) is also available.

The new Settings window, in particular, takes some getting used to, as it has been completely overhauled. Both the design and the layout have been adjusted. Most of the settings known from Windows 10 can also be found in Windows 11, but many have moved to another place.

The Store has been given a new look and has expanded in terms of options. For example, the old familiar 32-bit programs can be added to the Store as an app and it is no longer mandatory to share the revenue with Microsoft (making it more attractive for developers to offer apps via the Store). And although the official version released, yet it requires “Windows Subsystem for Android with Amazon App Store install Android apps from the Amazon App Store” from windows app store, which is now available in the US region only. When available in the region you belong you can then install almost all apps that are made for Android phones (with the exception of the apps from Google) on the Windows PC.

In addition, a number of functions will disappear: the search assistant Cortana, the timeline and Internet Explorer will no longer be returned in Windows 11, and Skype will be replaced by Microsoft Teams. Also, it seems that the blue BSOD screen shown in crashes is changed to black (so the term BSOD can be kept, the meaning only changes to ‘Black Screen Of Death’).

We have detected that you are using extensions to block ads. Please support us by disabling ads blocker.